It sounds really glib to say “We couldn’t achieve what we do without our supporters”, but it’s true! That support comes in many forms eg logistical, financial, words of encouragement and highlights that the world is full of fantastic people. Here are some of those who are getting stuck into this year’s challenge. 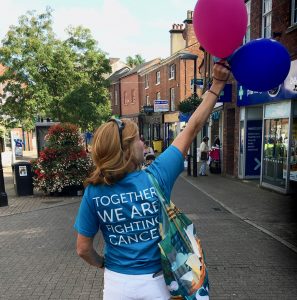 Jackie will be joining us at Carlisle, as driver, energy provider, problem solver and anything else that is required for the journey through to Snowdon.  She’s a friend and all round ‘good egg’ who doesn’t seem to be phased by anything. She was heard to say to a reporter ” What can I say? They’re embarking on another innovative challenge demonstrating complete madness whilst supporting such a worthy cause and raising awareness” 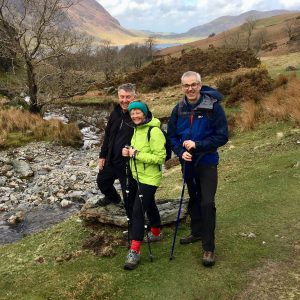 Our original plan was to do the journey from Fort William to Cockermouth unsupported. Whilst Patrick had identified numerous challenges that this would pose, I was confident that we would be able to generate solutions. However, whilst on a walking holiday in the Lake District with friends Ange and Pete they volunteered to provide support for the first 4 days. We were over the moon and they were quite excited too! Unfortunately a couple of weeks later Pete was diagnosed with bladder cancer and so they reluctantly had to step down as Pete is scheduled for major surgery in early July. This is just another motivator for Patrick and I to continue with our fundraising and lobbying. We’ve told them there’ll be plenty of other opportunities in the future, as this certainly won’t be the last year of our challenges! We wish Pete all the very best with his surgery and recovery. 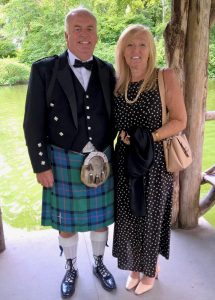 We were back to ‘Plan A’ ie to cycle unsupported for the first few days of our challenge and we began to think about the more complicated logistics of ‘going it alone’. However, to cut a short story even shorter, an ex-colleague of Sue’s, Terry, and his wife Diane, who live in Glasgow, volunteered to provide support for those days. We’re absolutely delighted that they’ll be joining us. Terry and Diane will hand over responsibility of our logistics to Jackie in Carlisle. When asked about the role they said “We’ve recently been personally affected by cancer again. The opportunity to support Sue & Patrick in a small way, gives us hope that one day survival rates will be much higher”. We’d dispute the use of the word ‘small’! 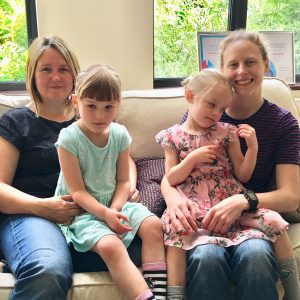 Sue’s step-daughter Rachel, her partner Holly and their twin girls Harper and Tate will be joining us at Snowdon. Holly told a reporter “We as a family are looking forward to being part of this monumental challenge. We’re looking forward to joining Sue and Patrick on the last leg on Snowdon. We admire the tireless work and campaigning they do to further the causes of Cancer Research UK” 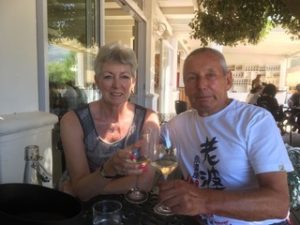 Jock and Linda were so keen to join us at Snowdon that they’ve had their tickets booked for months. They told us “There cannot be any of us whose lives have not been touched by the loss of family and friends to that cursed disease called Cancer. Amongst those was an extra special friend who lives in our heart daily, I am of course referring to Philip Duncombe, renowned for so many quips, and his message to our beloved Sue and our great friend Patrick is simply “ What are you waiting for?!”. We will be with you every step of the way – see you at the top” 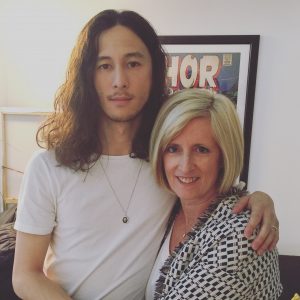 Having been in the support car for many of Sue’s and, more recently, Sue & Patrick’s, cycling challenges including C2C, Arch to Arc, LEJOG and the 101 CRUK Shop Cycle, Jo is thrilled to be lending her support to Sue & Patrick this year by joining them on the ascent of Snowdon. Accompanying her will be son, Alex, who may also be persuaded to carry some of her kit, as his legs are twice as long as hers! A huge admirer of Sue and Patrick’s tireless work for CRUK, Jo would like to dedicate her participation in the 3 Peaks Ultra challenge to Rosalind Vinegrad, an inspirational role model and friend, who lost her life to cancer in May 2018. 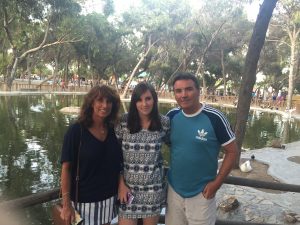 Having lost Tim’s Aunty Jean to breast cancer in 1997, we have been big supporters of Cancer Research UK with Cally completing at least one challenge a year to raise funds for the charity and being joined by Evie and Tim when they can. We are huge supporters of Sue and Patrick and their amazing and tireless dedication to Cancer Research UK, striving to improve the life chances of people who are diagnosed with cancer. We have joined them on various challenges and are excited to be walking up Snowdon with them in support and recognition of their fantastic achievement, completing the 3 Peaks Ultra.

OTHER SUPPORTERS ON SNOWDON

In addition we will be joined by Emma, Rose, Emily (plus husband David), Claire and Bec from Cancer Research UK, along with friends Caroline, Gill, Clem, Jonny and Karen. We really appreciate the time all these folks are devoting to join our challenge to help Beat Cancer Sooner. Thank you!